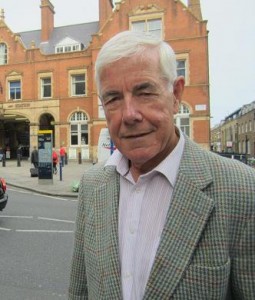 Hugh Small graduated from Durham University with honours in physics and psychology. For two years in the 1970s he taught  in the University of  Concepcion in Chile. He then spent six years in Paris designing the first commercial internet, the shared airline reservation network. From 1983 to 1999 he was a partner in two US strategic consulting firms, Arthur D. Little and A.T. Kearney. He led European teams advising governments how to privatise and regulate telecommunications services industries in Europe, Asia, the USA, and Australasia.

His second career has involved researching, writing, and lecturing about social and public health history. His books include Florence Nightingale, Avenging Angel (Constable, 1998), Florence Nightingale and Her Real Legacy – a Revolution in Public Health (Robinson, 2017) and The Impact of the Crimean War on Public Health, in War and Medicine (Wellcome Collection/Deutsches Hygiene-Museum, 2008).

His published academic papers include Edwin Chadwick: A Biographical Update,  in the Journal of Medical Biography (https://doi.org/10.1177/0967772020951083) and Nightingale’s Overlooked Scutari Statistics, in the magazine of the Royal Statistical Society (Significance, December 2020).

He  is a widower with two daughters and five grandchildren and lives in London.