Florence Nightingale nearly died from an illness during the Crimean War, probably caught from drinking untreated milk. This disease, brucellosis, can produce recurring fevers for years afterwards. But some writers have claimed that brucellosis made her neurotic. There is no medical justification for the claim, which perpetuates an Edwardian theory that she was an ineffective nuisance.

What’s the name we give to this practice of casting doubt on the mental state of someone who  is an inconvenience? Gaslighting. Yes, it happens to dead people too … 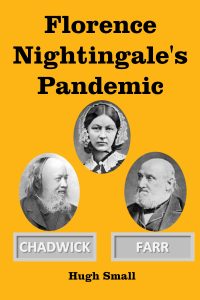 Read about her illness and the multiple efforts over the years to use it against her, in Florence Nightingale’s Pandemic. The book reveals just how inconvenient she was to those in wealth and power, how she changed the law to save millions of people from fatal epidemic disease, and how gaslighting covered up her achievements.

Meanwhile, here’s a scientific account of her probable case of brucellosis:
Link to Dr. D A B Young’s paper on Florence Nightingale’s Fever